Decided To Gift Your Family With A Family Pet This Holiday Season? Choose Wisely! 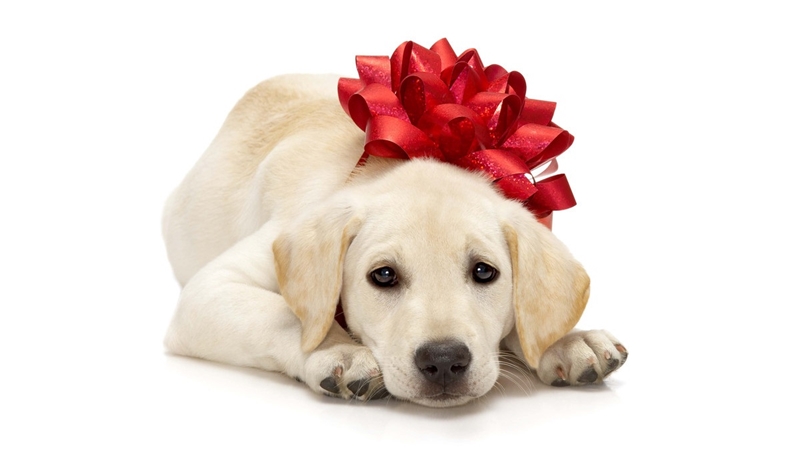 In my previous post, I discussed that giving a pet as a gift is not a good idea, with the exception of a mutually agreed upon step of taking on a new family pet.  This is acceptable but to facilitate a favorable outcome, this article has a few important precautions to take.

If you have a family with small children, you really need to give strong consideration for dog breeds or mixed breeds that are tolerant of children.  In general, small terriers, Chihuahuas, German Shepherds, Dalmatians, Siberian Huskies and other Spitz breeds, and herding breeds are not good choices to have around children, as they are all known to lack tolerance of children.  Lack of tolerance can turn tragic for children and dogs when fear biting comes in to play.  This not only leads to potential harm for a child, but also potential for a homeless or even euthanized dog.  Golden Retrievers, Labrador Retrievers, Standard Poodles, Beagles, and other hound breeds are generally good choices.  Although small and toy breed dogs tend to be in general less tolerant of children, a few are known to be tolerant, especially if socialized and trained early on.   Maltese, Toy Poodles, and Havanese breeds have a decent track record in households with small children.

Choose a pet that fits the household life style.  Retrievers, Dalmatians, Spitz breeds, and herding breeds are generally active dogs and require a backyard, plenty of exercise, and a constant outlet for their high energy.  If that energy is not channeled into regular walks, runs, fetch, swimming and other healthy pursuits, they will find other ways to expend that energy which more often than not are unpleasant.

I generally recommend that families in the market for a new family cat strongly consider adopting adult cats.  The reason for this is that feline socialization is an ongoing process that spans the first 2 years of their lives.  As such, when approaching 2 years of age, people often find themselves with adult cats that are night and day from the kitten the family had once adopted.  This could be a good or a bad thing.  With a cat close to 2 years or older, their temperament is generally going to be what a family sees for the duration of his life.

Of course, everyone loves kittens given their energy and playfulness, not to mention their adorableness.  If you go this route, be certain to expose the kitten to as many different people as possible and handled as frequently as possible.  This will help to aid in optimal socialization and lack of aversion to people and getting handled.

Most people seeking cats are not necessarily looking for a particular feline breed, but for those who are, Abyssinian, Rag Doll, Scottish Fold, and American Shorthair cats are known for tolerant temperaments and good matches for families with children.  Persian, Siamese, and Himalayan cats tend to be more one person cats and less tolerant of children.

While choosing a family pet should be thoroughly researched for their tolerance of children and lifestyles that best support them, the family needs training as well to enable a positive transition to having a new pet as part of the family.  Children need to be taught the proper ways to handle the new pet and to avoid potentially dangerous games and interactions such as playing tug of ward with a tug toy or touching a dog while eating.  Children need to understand the body language of cats for signs when they have had enough petting and/or handling and it is time to let them be. In the case of dogs, hiring a professional dog trainer to come in and instruct the entire family on how to train the dog is a great idea.