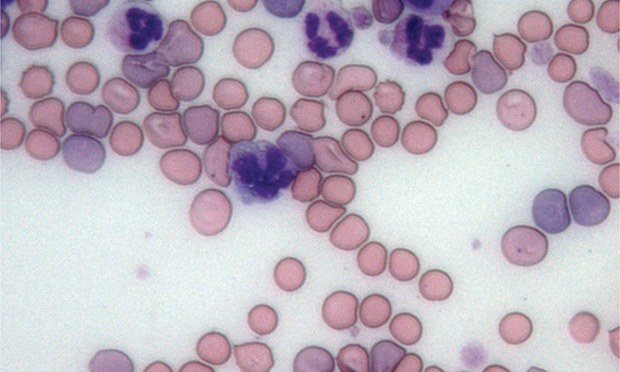 Under normal circumstances, red blood cells have a finite life span that begins at the time they are synthesized, to the moment that they are aged to the point that they lose their oxygen carrying capacity and flexibility to travel through the bloodstream efficiently. At this point, which in the normal patient is about 180 days, the defective red blood cells are targeted by the immune system to be plucked out by the spleen, bone marrow, liver, and lymph nodes. Their hemoglobin (oxygen carrying protein of the red blood cell) is sent to the liver in the form of a yellow pigment called bilirubin for recycling, as well as the iron component of the red blood cell. In addition to defective/aged red blood cells, the normal immune system also marks red blood cells infected with parasites, bacteria, and other pathogens that are subsequently targeted for destruction.

IMHA begins when due to abnormal function of the immune system or specific immune organs, begin to indiscriminately mark even normal red blood cells for destruction, and cause insufficient red blood cells left circulating to bring adequate oxygen to the tissues and remove waste gases. This abnormal function could be due to the presence of systemic cancer, disease of the spleen, a large blood parasite load or toxic ingestion. However, the majority of cases of IMHA in dogs and cats fall into the category of “idiopathic,” meaning that there is no apparent underlying or inciting cause.

Clinical signs that indicate IMHA that pet owners notice at home include initially pale gums and tongue, followed by the gums, whites of the eyes, and the skin taking on a yellow color. The yellow color is due to the excessive accumulation of bilirubin, a yellow pigment that is lysed out of the red blood cells upon destruction. Many IMHA patients run a fever.

Later in the course of disease, as the anemia progresses, the canine and feline patient may become weak, recumbent, experience fainting, develop labored breathing, or even die acutely.

Diagnosing IMHA in dogs and cats begins first with recognition on physical examination. Patients with IMHA will typically present with pale gums, weakness, and labored breathing in severe cases. Often there is a fever, and sometimes a heart murmur is present secondary to a low red blood cell count. Many patients also have a yellow pallor to the gums, whites of the eyes, and skin, a clinical presentation known as jaundice.

A positive result on an IMHA specific test that detects the antibodies coating the red blood cells, is strong evidence for IMHA and a necessary part of any IMHA diagnostic work-up. However, given the fact that other inflammatory or infectious diseases can cause false positive results on a Coombs Test, Coombs test should not be relied upon alone to obtain a positive diagnosis of IMHA, but instead be considered as one part of a comprehensive diagnostic work-up.

Other diagnostics that may be important in ruling out primary causes for IMHA in dogs and cats include blood tests for blood parasites (hemobartonella in felines), blood tests for tick born infectious disease, and imaging with x-ray and ultrasound to rule out gross evidence of cancer or disease of the spleen.

Treatment for IMHA begins first and foremost with stabilizing the patient with one or more blood transfusions if the degree of anemia is life threatening. Along with stabilizing the anemia, immune suppressive therapy must be initiated to stop the immune system from further red blood cell destruction. The corticosteroids prednisone and dexamethasone are the most commonly used drugs for this purpose. Supportive and nutritional care with IV fluids are also an important part if IMHA treatments, and it is a good idea to begin coverage with doxycycline or other antibiotic in the tetracycline family while blood parasites and tick born disease titers are pending.

One particularly dangerous complication of IMHA is the formation of blood clots within blood vessels, called thromboembolism. The emboli can cause serious disturbances in blood circulation that can be life threatening or seriously debilitating. For this reason, heparin, a natural anticoagulant, may be used in hospitalized patients (or in patients with predisposing factors for embolism) as a preventive.

Most cases of canine or feline IMHA respond well to prednisone or dexamethasone treatment, but if no response at all is seen with these aforementioned corticosteroids, supplementation with stronger immune suppressive agents is necessary. The two most common medications used in these severe cases are azathioprine and/or cyclophosphamide.

Many patients with the idiopathic form of immune mediated hemolytic anemia will make a full recovery and even be able to be successfully weaned off corticosteroids and other immune suppressive agents over the course of weeks to months.  In cases where full wean is not possible, it is generally advisable to attempt maintenance on less potentially toxic immune suppressive medications such as cyclosporine or azathioprine.