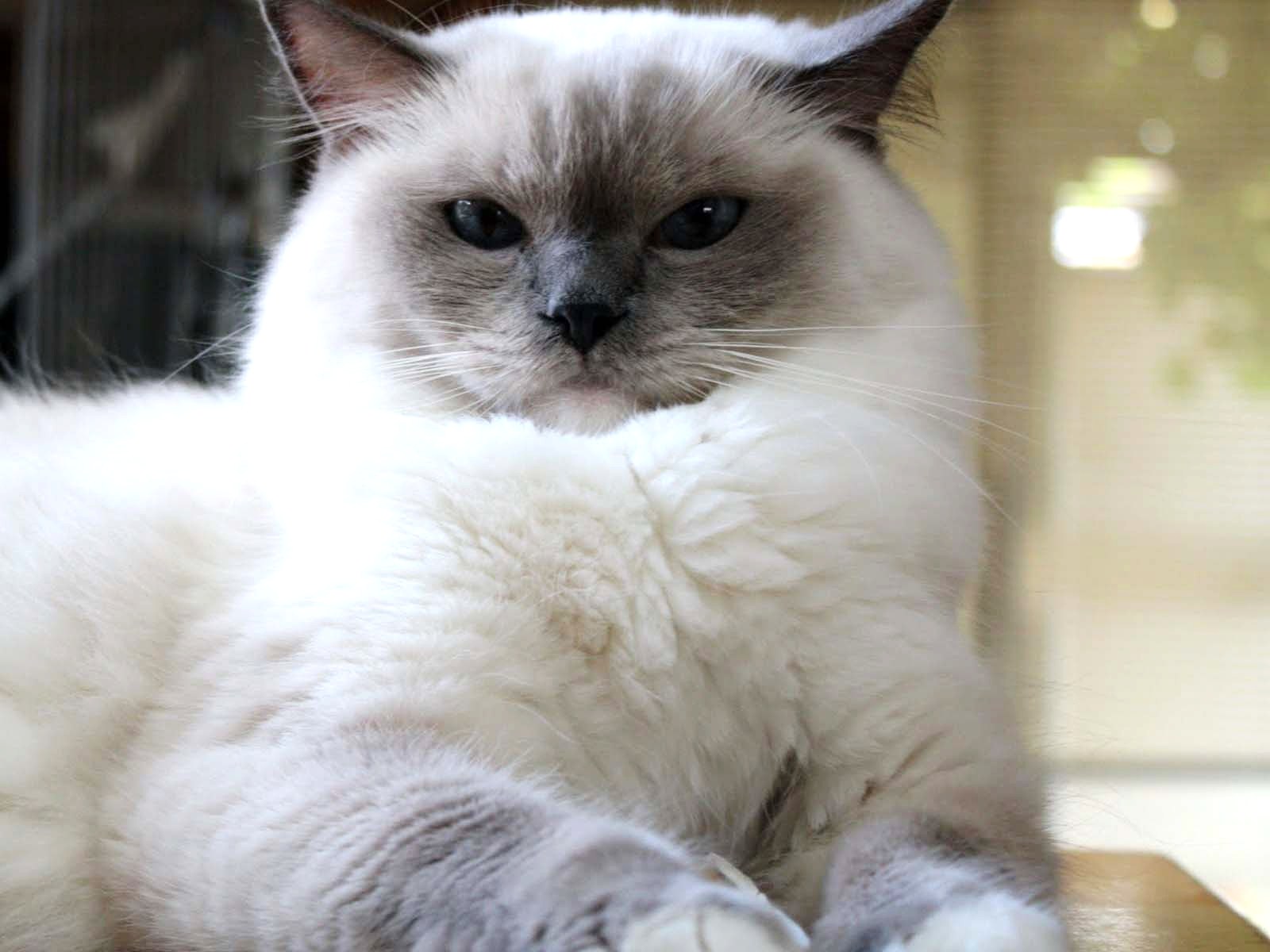 Ragdoll cats have a unique history in how they came to be.   The original cat was a white, long haired, non-pedigreed cat named Josephine, who lived in the 1960s.  Josephine had several litters of cats sired by several unknown Birman or Burmese-like cats.   One such litter produced cats of an exceptionally docile and gentle nature, with a tendency to go as limp as a ragdoll when picked up by a person.  When a subsequent litter of Josephine’s produced more of the same types of kittens, the owner’s yard neighbor, Ann Baker, purchased several of the kittens, then committed to developing the cat breed came to be known as the Ragdoll.

The cats were subsequently very selectively bred to include other desirable traits, such as large size and attractive pointed coloration.  In an unusual move, rather than seek out approval within traditional cat breed associations, Ann Baker trademarked the Ragdoll name and started the International Ragdoll Cat Association (IRCA) in 1971.  Through the IRCA, Baker enforced strict standards on any selling or breeding of Ragdoll cats.  The IRCA still exists today, but they are comparatively much smaller and less influential since Baker’s death in 1997.  In 1995, a group split off from the IRCA to create a cat breed they called the Ragamuffin.

The basic hallmarks Ragdoll cats that make them very attractive to feline enthusiasts is their striking physical beauty (fluffy hair coats, large stature, and pointed coloration), and extremely docile temperaments.  However, these highly selectively bred traits and generational maintenance of this cat breed led to major inbreeding and a subsequent, overall weaker cat breed, ranking comparatively with Siamese cats in terms of short life expectancy (only about 65% live beyond 10 years of age).

Ragdoll cats are especially genetically prone to a feline heart condition called hypertrophic cardiomyopathy (HCM).  A genetic test for this disease has been available since 2007 to identify the gene that causes HCM in Ragdoll cats.  It would be advisable for any person in the market to purchase a Ragdoll cat to require proof that both Tom and Queen screened negative for the HCM gene.