The Other End of the Syringe 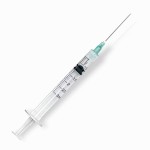 As Veterinarians we can end the suffering and ease our loyal friends on to the next life. Euthanasia isn’t something we are taught in Veterinary School, but as soon as we graduate it becomes part of our daily tasks. It wasn’t until recently that I realized its impact, and the ultimate reality that life has just slipped away.

It had been a busy summer as usual at the Hospital, and I was looking forward to a much needed break from the action.  My family was headed to Lake George and our perfect Catahoula Leopard Sage was coming with us. Her cancer had crept back, and there was no way I could ever enjoy my vacation without her there. So we packed up the car, remembering all of Sage’s medications and set off to the lake.

Two week prior, Sage’s calcium was starting to become uncontrollably high, and I knew she would be nearing the end soon. I wanted her to enjoy her last visit to the lake. Our drive up was interesting between Sage’s drooling and a 1 ½  year old toddler. Still, we left early and arrived by 9am. Sage was in all her glory — running, sniffing and swimming.

By the afternoon she had a bout of mild diarrhea and I noticed a few bits of corn. Hum? That was strange I hadn’t given her corn. I called the nanny who reported she had made fresh corn the previous morning, and it was possible Sage  had gotten into it. Immediately my heart skipped a beat. I knew corn on the cob could be dangerous. I tried not to panic. Sage was acting ok, the diarrhea had resolved. By the evening she was still drooling a bit more than usual. Her cancer was making her nauseous, but her anti nausea medication always did the trick- this time it wasn’t working.

Before I knew it, we were on our way to the closest animal hospital. X-rays of Sage’s stomach confirmed my fear as I stared with dread and disbelief. Her stomach was enormous and full of corn cobs. Our vacation was abruptly ended as we rushed her back home. To complicate matters, a piece of corn had passed into her small intestines, causing an obstruction. Sage was rapidly deteriorating. She needed surgery to remove all of the corn, but her already sick body wasn’t strong enough to endure such a large procedure.

We made the difficult decision to forego the surgery, and have her euthanized in the morning.  We selfishly wanted one more night, hoping for a miracle that wouldn’t happen.  The end of gazing into those chestnut eyes had come. We all felt broken and I cried more tears I knew I had. The night was restless, because we all knew the morning would come.

Gina, my dear friend and colleague came over early. We did our normal morning routine, including a final backyard visit, where she took one last half-hearted run before collapsing. We sat her on her favorite blanket on the couch. It was time. I’ll never forget the gaze Sage gave me right before she went. Thank you, Mom.  For everything.

With just two injections, Sage slipped away from me, quietly and peacefully. I was devastated. I have euthanized and consoled before, but this time I felt it from the other side. Broken hearted and teary-eyed, I had a new appreciation for how crushing and impactful these simple injections are.

While I have never taken euthanasia lightly, it has now changed me forever. I have a deeper understanding and have developed a healthy respect of the power we possess as Veterinarians. A lesson we could have never learned in Veterinary school.