A Key Strategy To Prevent Kidney Failure In Dogs And Cats 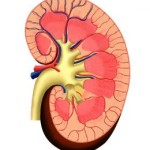 Degenerative chronic kidney failure is the number one cause of death in cats and the number two cause of death in dogs.  Given these statistics, we should really be looking to best practices to help reduce the incidence of this disease in both species.  While there are clearly genetic links to the development of canine and feline kidney failure that cannot be helped outside of ethical and responsible breeding, there is one very important trigger that statistically increases its occurrence, and speeds its progression: dental disease.

This cardiac disease link may shed some light on the periodontal disease and how it affects other organ systems.  With regard to heart disease, increased levels of disease causing bacteria in the blood stream from the mouth of patients with chronic dental disease lead to inflammation of the blood vessels, heart valves, and heart chambers.  This causes degenerative changes at the cellular and tissue level that lead to physical damage over time.

It is currently theorized by many researchers and veterinarians that a similar cellular affect from blood born bacteria as the result of chronic periodontal disease and gingivitis occurs in kidney tissues.  Specifically, microscopic filtration units in the kidneys called nephrons, responsible for detoxification of the blood and selective elimination of nutrients and waste may be uniquely affected.  It is the gradual loss of these units that lead to kidney failure, so it would seem that bacteria in the blood stream as the result of a diseased mouth adversely affecting nephrons as it does the tissue of the tissues of the circulatory system, would be the likely mechanism.

While much research stills needs to be done to establish the direct link of periodontal disease and gingivitis to the incidence of kidney failure in dogs and cats, the increased incidence is indisputable.  The data is clear that bad teeth and infected gums significantly increase the incidence of the number one killer of cats and the number two killer of dogs.   This is yet another important reason to take your pet’s dental health very seriously.