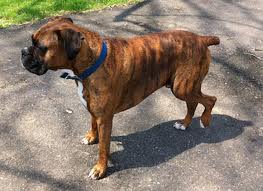 89 thoughts on “Back Leg Limping in Dogs – Think Knee First”