Brachycephalic Syndrome – The Bane Of The Pushed In Face Dog’s Existence! 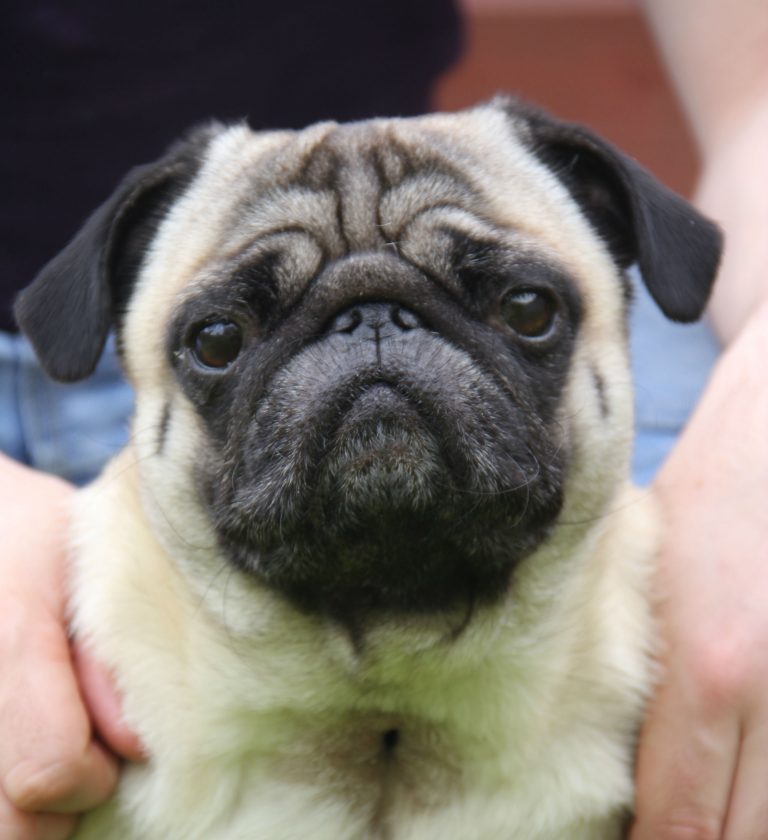 It is a common presentation.  You can hear the dog enter the waiting room from the back treatment area as he/she grunts, coughs, and gags their way in the veterinary clinic.  The mere act of walking from one point to another is excruciating as the dog struggles to get air.  They are usually sweet, purchased for an exorbitant amount of money because of their demand driven by their cute, snub nosed faces.  They often live what is becoming an inhumane existence where every breath is a struggle and the dog can barely go for a walk, let alone enjoy any real exercise.

We are talking about brachycephalic dogs breeds that include Pugs, English Bulldogs, Pekingese, and Shi Tzu dogs.  Their increasing popularity has driven an explosion of puppy mill and back yard breeders that breed these dogs with no ethical breeding standards nor care for the suffering of the dogs they produce.  They have no reason to, as people keep flocking to purchase these dogs for $2000-$3000 or more with no end in sight.

The result of this unscrupulous breeding is an upper airway system that is obstructed throughout the entirety of the upper respiratory tract that has lead to an actual branded disease complex known as Brachycephalic Syndrome.  This disease has the following major inherited comformational components:

So the next time you see one of these dogs grunting, snorting, and hacking along, do not view these noises as cute little breed quirks, but instead human created anatomical characteristics that make the very act of breathing – something most of use take for granted – a constant struggle for most of its life.  Do not laugh when the dog snores so loud it could wake a hibernating bear, and wakes in mid sleep gasping for air.

Brachycephalic Syndrome is a tragedy and failure of humanity and veterinarians are left scrambling to do our best to clean of the mess.  Making matters worse, for some reason, many owners of these dogs have the impression that the breed standard for these dogs in addition to struggling to breath is that they are supposed to be morbidly obese.  Obesity in turn multiplies the negative effects of Brachycephalic Syndrome and multiplies them at least 10 fold and more than 70% of these dogs are kept severely overweight.

The situation has reached a point where in the UK, a growing group of veterinarians organized by Vet Help Direct is using the power of petition to pressure breed clubs and legislators to act to mandate reasonable breeding standards for these dog breeds at the minimum with even calls to cease breeding them altogether.

One thought on “Brachycephalic Syndrome – The Bane Of The Pushed In Face Dog’s Existence!”