Breeders Stop Giving Veterinary Advice To Pet Owners – You Do Not Know What The Hell You Are Talking About! 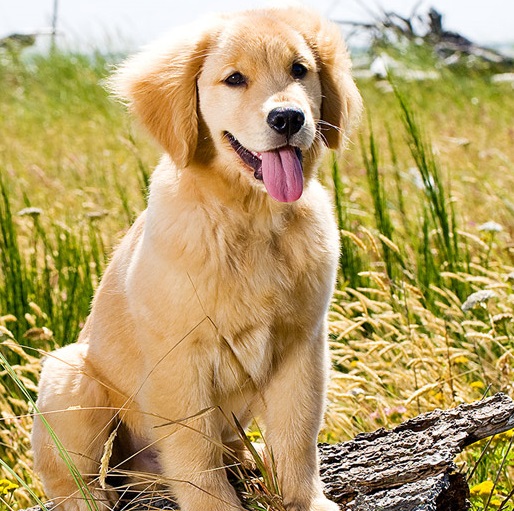 If you are not prepared for a Dr. Roger venting session, you best surf away from this page.  For anyone who reads my articles or follows my podcast, it is no secret that I generally loathe breeders.  99.9% of them to not do any genetic screening or breed disease predilection testing on their breeding dogs.  Most do not even have pre-breeding examinations, breed for good temperament, and often breed dogs  before 2 years of age at a time when many congenital disease may not have yet manifested in the breeding dog or cat and is unknowingly passed on to the offspring that will one day be a very unpleasant surprise to the unsuspecting purchaser of the puppy or kitten.

As a result, many Golden Retrievers have hip dysplasia, nearly all German Shepherds are skittish fear biters, nearly all Jack Russel Terriers are aggressive, nearly all King Charles Cavalier Spaniels have heart murmurs, nearly all Bulldogs have, well, everything…etc.  On top of this, breeders are now fancying themselves as some kind of health experts offering vaccine, spay and neuter recommendations they have no training or qualification to give.  Naive pet owners see them as some sort of authority and sometimes believe them.  Most pet owners will side with the recommendations of the trained, licensed, and experienced veterinarian that engages in continuing education to be privy to all of the latest research and studies.  Every now and then, a pet owner chooses to believe the breeder…and it never ceases to make my blood boil.

18 months ago, a long time client got a new Golden Retriever puppy after having lost the second of her two Gold Retrievers at 13 years of age.  I had a long history with this owner having treated health issues that afflicted both of her dogs (they were from the same litter) and she credited my care in keeping them alive and well beyond the average life expectancy of a Golden Retriever despite all of their health issues.

I was therefore shocked when, from the moment I saw her puppy, she disagreed with my recommendations for immunizations for core vaccines for diseases endemic in our area, the vaccine protocols, when to start the vaccines (all of which are set by the American Animal Hospital Association and the American Veterinary Medical Association – based on constant research) because her breeder had a different opinion.  Her breeder also told her to make sure the dog has at least 2 heat cycles before spaying her because she needs the hormones for proper development.

I asked my client if this breeder had any veterinary medical training whatsoever and she said no, but she really knows the breed and has a very good reputation, and is just a lovely person.  I then asked her where the Florida State Health certificate was that is a legal requirement for the sale of any animal in the state of Florida.  She never got one.  I asked her if there was any OFA testing of the breeding dogs’ hips, heart, eyes, and elbows, all areas of concern for diseases that are prevalent in Golden Retrievers.  She didn’t have any.  Oh, but the owner gleefully told she came with AKC papers, to which I told her is meaningless because the AKC is a useless body that will provide “papers” to the puppies any schlep breeder that will writ them a check.

Well she finally did acquiesce on the vaccine but absolutely would not budge on the spay.  The sad part here is that the breeder is of course dead wrong about the spay.  This has been heavily studied in recent years, and every study has concluded that the spay procedure has no negative affect on the growth, development and health when before the first estrus cycle.  Once 700 plus dog study at University of California at Davis noted that it may not be a good idea to spay specifically a Golden Retriever before the age of 6 months because their data suggested a marginal increase in the risk of cancer of the spleen in Goldens spayed before 6 months of age.  I never advocated for spaying dogs before 6 months of age anyway because doing so can increase the risk of urinary incontinence in middle age.

Here is what waiting to have the dog spay after two cycles DID accomplish, however.  Her risk of mammary cancer which is one of the most common cancers in female dogs after completing two estrus cycles went up by 55%.  When I did spay her today (which was the inspiration for this post tonight), her incision was double the length of a typical spay to account for a larger and more vascular uterus with more blood supply than I would have encountered at 6 months of age, and surgical time was about 15 minutes longer because of the greater amount of bleeding a sexually mature female experiences as opposed to a juvenile one.  The overall risk was still very low, but increasing the risk even just a fraction was unnecessary.

At any rate, please always remember this.  99.9% of breeders are ignorant at best, unethical and shady at worst.  NEVER purchase s puppy or kitten from one without first consulting with your veterinarian on the right documentation and testing should have been done on the breeding animals.  ABSOLUTELY NEVER take medical advice from a breeder, as just like in this case, I will state in again, THEY DO NOT KNOW WHAT THE HELL THEY ARE TALKING ABOUT.