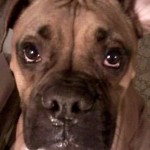 An unknown respiratory virus has been plaguing dogs in the Midwest, predominantly in the greater Chicago area, but rapidly spreading.  While at first it was a mystery, early data from isolated samples indicate that it is a strain of influenza, reminiscent of the Canine Influenza outbreak in 2007/2008.  Early signs of illness include cough, lethargy, nasal discharge, loss of appetite, and fever.  In many cases, signs progress to pneumonia, a condition that can be life threatening.  Early data also indicates that this may be a mutated avian or horse flu that is particularly virulent to canines.  There appears to be no risk to people at this time.

Merc k manufactures an effective vaccine against Canine Influenza, but it remains questionable as to how effective the vaccine will be with this current strain.  Nonetheless, many Midwest kennels are mandating that all canine boarders be vaccinated prior to boarding.

Of particular concern, with Chicago airports being major air travel hubs, it seems almost imminent that this outbreak of canine influenza will reach every corner of the United States and even Canada and Europe.  Thus, if your dog has a particularly high risk life style, such as frequent boarder, doggie daycare, bark park, regularly groomed, show dog, etc., be on the lookout for signs of disease.  Early intervention with antibiotics and supportive care seem pivotal in avoiding dangerous consequences of this canine influenza outbreak.

Most of the information for this article was taken from local ABC news article and consultation with Chicago veterinarian Dr. David Gonsky, owner of West Loop Veterinary Care.