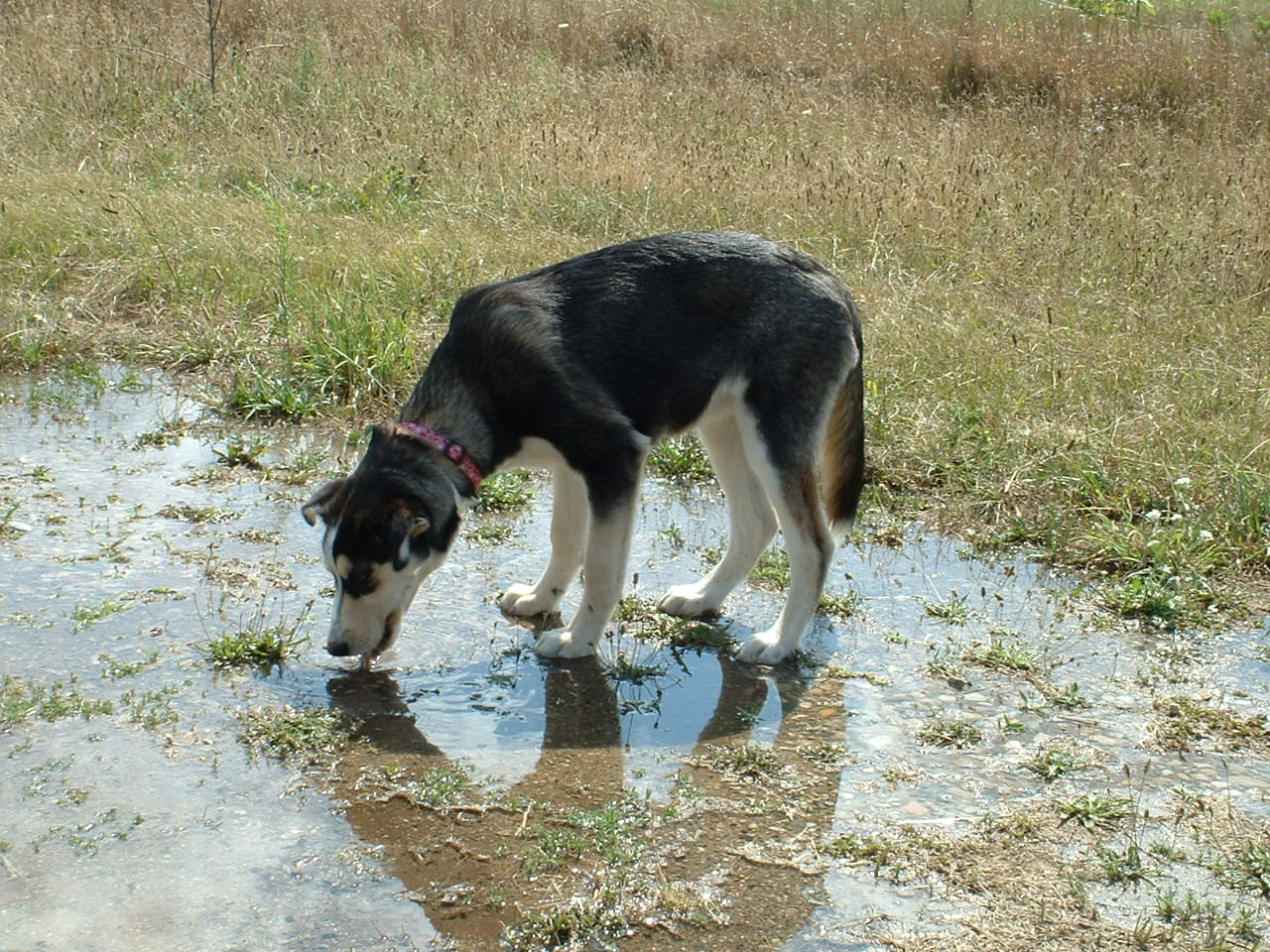 Leptospirosis is a rising infectious disease health hazard for dogs as urban sprawl puts people and their domestic pets in closer and more constant proximity to wildlife populations.  Leptospirosis is caused by infection with Leptospira bacteria that thrive and can persist for long periods in fresh water, most commonly standing water (lakes, ponds, puddles).  Leptospirosis in infected dogs causes disease that can range from liver failure, kidney failure, or both.  Mortality rates in infected dogs often approach 50% as infected dogs are commonly in advanced stages of infection upon presentation to a veterinarian.

Leptospirosis is transmitted into the environment most commonly by the urine of asymptomatic wildlife rodents including squirrels, rats, mice, as well as farm animals.  Dogs that come in contact with water contaminated with urine containing Leptospira bacteria are susceptible to infection.  The disease is reported rarely in cats and appears to present only mild forms of the disease, but their ability to transmit the disease and its incidence in the feline species remains poorly understood.

Most troubling of all is that Leptospirosis can be transmitted from animals to people.  Although dogs are far more commonly affected than people, care should be taken to keep dogs immunized in Leptospirosis prone areas, recognize early signs of disease in dogs, and to maintain the best possible hygiene when in contact with stagnant water or dogs known to be infected with the disease.

Leptospirosis infection in people can range from mild flu like symptoms to liver and kidney failure.  The very old, very young, and immune suppressed are at the greatest risk for infection.  Still, the risk to people remains generally low with the species most commonly and severely affected being the domestic canine.

For a disease that is caused by infection with a bacteria that best thrives and persists in fresh standing water and spread by the urine of wildlife and farm animals, it should come as no surprise that infection with Leptospirosis is of particularly greater concern when hurricanes cause mass flooding.  Look no further than images of the aftermath of Hurricane Harvey in Texas to see people and dogs forced to wade and persist in standing water shared with the area’s wildlife and livestock.  The incubation period of Leptospirosis is only 5-10 days, so severe clinical infection could occur at a time when post storm health services for people and pets are still largely unavailable.

Thankfully, there is an effective vaccine produced by several animal health vaccine manufacturers.  It is strongly recommended for any dogs that live near or around fresh water, and most certainly for dogs that live in hurricane or flood prone regions, to remain current on Leptospirosis immunizations.