One Big, Ugly, Deadly Reason To Spay Your Dog 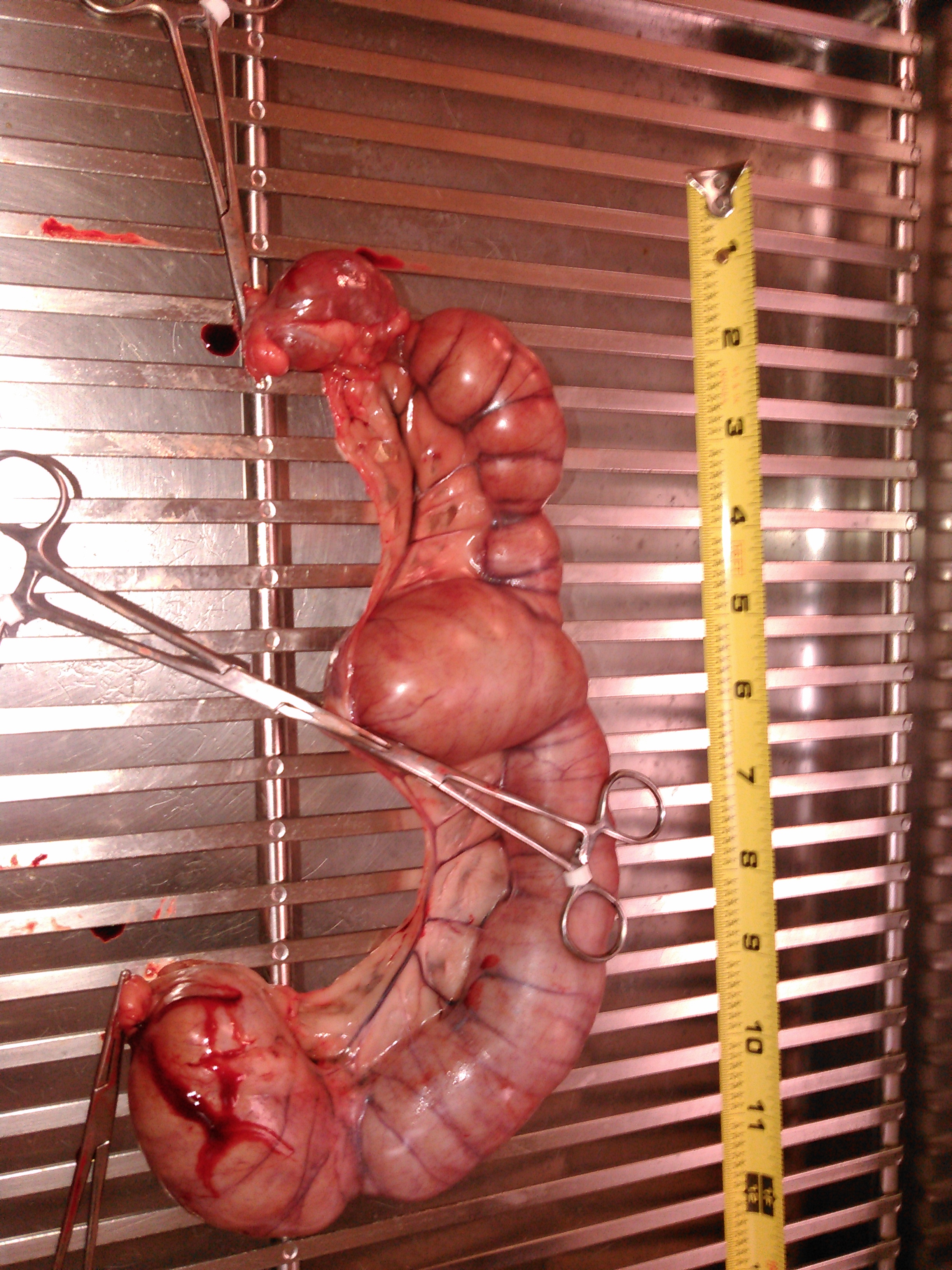 Pictured left is the reproductive tract of a 4 year old, 11 pound, female Chihuahua that I removed this morning in an emergency hysterectomy surgery.  Having completed her seasonal estrus cycle (commonly called heat cycle) 3 weeks prior, yesterday, the dog suddenly became depressed, refused food, and was severely lethargic.  When I palpated her abdomen, I knew instantly what was wrong with her, having clearly felt severely distended loops of uterus within her abdomen…abdominal x-rays would prove my physical examination findings.

This patient had a deadly condition called pyometra, an infection that can develop in un-spayed females within the uterus as the result of abnormal changes in the lining of the uterus in response to hormonal fluctuations brought about by heat cycles.  This case was a particularly dangerous variety of pyometra called closed cervix pyometra, so named because the cervix is closed and does not allow the infectious exudate (commonly called pus) to drain.  The resultant pus accumulates, makes the dog severely ill, pressure builds inside the uterus, and eventually causes the uterus to burst inside the abdomen, killing the dog within minutes to hours.

Judging by the severity of the uterine distention (the tape measurer in the picture provides perspective as to how large this uterus was in the context of such a tiny little dog), this uterus was only hours away from bursting.  The owners did not bring her in a moment too soon.

Thankfully, I was able to perform the hysterectomy without any spillage of pus, bleeding was kept to a minimum, and the dog will likely make a complete recovery.  I shared this with my readers so they could help me educate pet owners on the importance of spaying their dogs before something this dangerous may occur.

One thought on “One Big, Ugly, Deadly Reason To Spay Your Dog”