Plan To Have Your Large Breed Female Dog Spayed? Read This First! 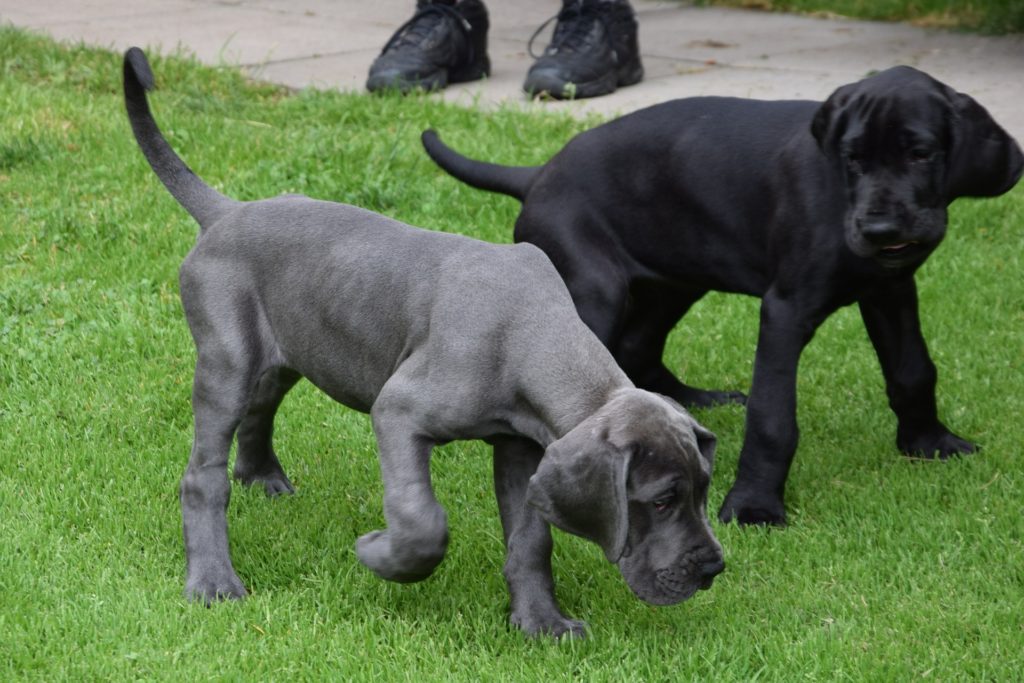 A spay procedure as it is commonly called, is an abdominal surgery where the veterinary surgeon removes the female organs of reproduction, the ovaries and most of the uterus.  The procedure is therefore technically called an ovariohysterectomy.  Since the veterinary surgeon has to make a surgical entry into the abdomen in order to perform the spay procedure, this presents a unique opportunity for a preventative additional procedure that make save your large breed dog’s life at a later time.

Deep chested large to giant breed dogs can be prone to a condition where gas and fluid get trapped in the stomach causing it to tautly distend, termed bloat.  This condition causes a great deal of pain and and caught in time, the stomach can be decompressed with the patient under sedation with the passage of a stomach tube and successfully treated medically and prevented with GI protectants and low residue diet.  In other cases, the bloated stomach can twist, a condition known as gastric torsion, which can be fatal even with early surgical intervention.  This latter consequence that is extremely dangerous can be effectively prevented by performing a preventative procedure during the routine spay called a gastropexy.

For a modest additional surgical fee and abdominal incision only a few inches longer, a small portion of the stomach can be tacked to the body wall to keep it more fixed in place.  As a result, if a dog were ever to experience bloat, it would be highly unlikely for the stomach to twist and recovery could to be far less dangerous, more expedient, less invasive, and far less expensive.

Whether or not bloat will occur to a large or giant breed dog is not certain but it appears to have a strong genetic influence, as it appears to run in families.  There are behavioral and husbandry factors that have been pointed to that theoretically would make sense may trigger bloat (excessive activity following a meal, large amount of drinking after eating kibble, swallowing of air due to bowls being too low for a tall dog, to name a few), but my experience has told me that these factors have played overall very little role in whether a dog may bloat or not.

It really has come down more than anything to apparent genetic predisposition in certain large, deep chested dogs, over-represented especially in Great Danes, Standard Poodles, Labrador Retrievers, Golden Retrievers, German Shepherds, Doberman Pinschers, and mixes of these breeds.  However, I will caution that I have seen enough bloat and gastric torsion in other large, deep chested dog breeds that I would have concern for the possibility of bloat in any breed of dog 70 pounds or larger.

Thus, I recommend prophylactic gastropexy for any large breed dog or large breed mix when they are scheduled for neuter or spay.  I commonly get push back when recommend having gastropexy done during routine neuter (castration) in male dogs because the neuter procedure does not require the veterinary surgeon to make an abdominal surgical entry.  Realistically, the required incision would be rather small with a quick recovery (that would provide him a life time of prevention) and I still recommend gastropexy during male sterilizations, but I rarely perform them because of it being a tough sell to the owner.

For the spay, on the other hand, we are already in the abdomen to perform it, so with an additional 10 minutes of surgical time, a slightly larger incision, and a little bit of additional cost, you can create circumstances where an incidence of bloat will not be a life threatening, invasive, and expensive ordeal for your big dog.  To me, that is a no brainer.