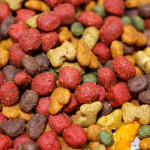 Much investigation needs to be done regarding the reported deaths of several dogs within weeks of being fed Beneful dog food in the last quarter of 2014, a vegetable rich diet produced by the Purina pet food company, before real conclusions can be drawn.  The most common complaint is death by either kidney failure, liver failure, or a number of other varying causes of death.  The question remains, are these allegations substantial, or are they more in line with the Trifexis controversy more driven by emotion and grief than by real science?

The lawsuit points toward two possible causes for disease in the food, the first being the common food additive propylene glycol, the second the presence of mycotoxins in the food (more on this below).  The argument for propylene glycol being the culprit in these reported death cases is that it is chemically related to the very toxic ethylene glycol, the main ingredient in antifreeze, whose ingestion is a known cause for acute kidney failure in dogs.  However, from both a chemical and medical perspective, although there are molecular similarities between ethylene glycol and propylene glycol, their chemical properties are vastly different.  Propylene glycol is actually commonly food additive and even used as a nebulization agent evaporated into a mist and inhaled to deliver important medications to treat lung disease.  I recall in food animal medicine in veterinary school, that we used to use propylene glycol to deliver medication to cattle and sheep via stomach tube.  Thus, to implicate this FDA approved food additive as the cause for these cases of fatality, to me is more than just a stretch.  I do think foresee that this assertion will hold up in court.

The report in the lawsuit of mycotoxins in the food as a cause of death, however, is worthy of consideration.  Mycotoxins are toxins secreted from certain kinds of fungus, including molds.  They have been implicated in many food recalls both in the human and pet food world.  They are a real threat and have been historically known sources of contamination of food supplies leading to severe illness and death in some cases.

The reason I give this report credence is because of a case my veterinary clinic managed last year, of wonderfully gentle, affectionate white boxer named Dude who presented severely ill with clinical signs associated with liver disease.  Through imaging, we diagnosed a mass on the liver, which at first we assumed was cancer.  However, through ultrasound guided fine needle biopsy, instead of finding cancer, pathology reported chornic inflammation with strands of hyphae, structures associated with fungal organisms.

Fungal infections are historically very difficult to manage with anti-fungal therapy, some altogether unresponsive to treatment.  What’s more, anti-fungal medications are potentially toxic to the liver, the very organ in Dude’s case that was infected with a fungus.  Culture of another fine needle biopsy did not result in fungal growth, but this is not surprising, as fungal organisms can be notoriously difficult to grow in a laboratory setting.  However, given the confirmation of fungal hyphae in the sample, combined with  the fact that Dude improved on antifungal therapy for several weeks, there was no doubt among the doctors of my hospital that Dude had fungal hepatitis, something that neither my associate and I representing a combined 29 years of veterinary experience, had seen in our careers.

Dude tragically lost his battle with the disease, leaving both doctors and his grief stricken owner with big questions as to how and why Dude contracted a fungal infection of the liver, a very rare and low probability disease circumstance.  It was in hind site that Dude’s owner learned of the Beneful law suit through a friend, realized she had fed Beneful to her dogs for a short period of time, beginning precisely three weeks before Dude started to show his signs of illness.  Interestingly, her other dog refused to eat the food, while Dude although hesitant at first, ate it.  The owner simply thought that the reluctance to eat the food may have been the fact that it was something new; but after several days of her other dog’s refusal to eat the food – something that was very unusual – she smelled the food in the bag and found it to smell rancid and off.  This prompted her to return the food to the grocery store she bought it from, something she has proof of, since her debit card was credited back the amount of the cost of the food.

This particular owner is an intelligent and credible person, so I have no doubt about her assertions of the events that followed the feeding of Beneful, which she also has proof of with the return of food record and the time table associated with it and the onset of Dude’s clinical signs.  It is unclear to me if she plans to join in the law suit, but it is clear that she is devastated in the knowledge that it is possible that what occurred to her dog was the result of a food she fed him.

I would not go so far as to state that this is definitive proof of Beneful’s implication in Dude’s cause of death and confirmation that all of the other claims in the law suit are accurate, but it does give me pause to consider the possibility as legitimate.  The chain of events and timeline are simply too seemingly related to dismiss as coincidental.

At the same time, when a story like this breaks, there are bound to be sensational reports flooding a media that are all too ready to report them, however unfounded some may seem.  I look at lady quoted in the NBC article from which I got a lot of information for this post who lost her dog to a rapid deterioration of health driven by diabetes that her veterinarian was at his wits end to successfully regulate.  Although her veterinarian stated no link to pet food toxicity and diabetes, the owner maintains, “…I know in my heart the food was the cause.”

Statements like this are born more of a grief stricken owner seeking closure and a reason for why she lost her dog, than by scientific evidence provided by her veterinarian that opined differently.  I would not belittle the gravity of a pet parents loss of a beloved furry family member and do not state this mockingly, but knowing in one’s heart is hardly scientific proof of a link to the food as a cause of death, and certainly not proof that will stand up in court.  On the other hand, Dude’s owner seems to have a legitimate claim to a link between the feeding Beneful and what occurred to her dog.  I have read of many other credible claims that deserve consideration.

At this point, it will be up to the courts and the cases presented by the plaintiff, as well as the experts presented by each side that will determine Purina’s role in the cause of death in these reported cases.  While judgment remains premature, based on the available information and the experience of a pet parent and patient of my own hospital, the suspicion is justified and warrants further investigation.