The Anti-Vaccine Movement Is Spreading To Pet Owners 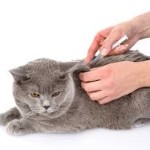 I have written about this topic before, but the recent outbreak of measles in children as the result of anti-vaccine movement for children recently making headlines has brought the issue front and center once again.  What unfortunately did not make headlines, was the deadly canine distemper outbreak that infected 200 plus dogs in Texas in late 2014; one that many veterinarians in Texas feel resulted from the same mindset that is now spreading to pet owners.  To be sure, I most certainly have seen an increase in pet owners choosing to opt out of important immunizations for their pets, so it is not surprising that it is occurring in other areas of the country.

Like measles in people, canine distemper was once a very rare disease that is making a resurgence in the United States because of the same anti-vaccine sentiments that are now permeating the pet world.  Although there is no scientific evidence to back the claims of an increase in allergies, cancer, and other diseases as the result of immunizations, a number of people are choosing to believe unsubstantiated rhetoric over sound medical and scientific evidence…and putting not only their own pets, but community pets at risk as well.  Some even go so far as to state that veterinarians willfully unnecessarily vaccinate pets to pad our bottom lines.

In my veterinary clinic, if an owner pays for a yearly examination and stool analysis for their cat, or exam, stool analysis, and heartworm screening for their dog; all immunizations are complementary.  Thus, whether a pet receives 0, 1, or 4 immunizations in a given well visit, it makes no difference financially to the pet owner or to my clinic’s revenue.  Yet just last week, the owner of a dachshund declined a leptospirosis vaccine for her dog on the grounds that the leptospirosis vaccine kills dachshunds.

I have just recently written about leptospirosis being a deadly disease that is on the rise in my area, which I shared with the aforementioned owner.  I also informed her that there is neither evidence in the veterinary scientific literature or among the hundreds of dachshunds that I immunize for leptospirosis per year with no adverse reaction to the vaccine, which even suggests any increase in reactions to the vaccine in the breed, let alone the vaccine being deadly.  What is deadly are the liver and kidney failure and 50 percent mortality rate that results when a dog becomes infected with leptospirosis, not to mention the risk it poses to people and other animals; as any mammalian species is capable of contracting leptospirosis.

Nonetheless, the dachshund owner was un-phased by my assertions, convinced by non-medically trained internet friends of hers in a dachshund forum that the leptospirosis vaccine kills dachshunds.  From the perspective of a veterinary practitioner with 13 years’ experience and knows better, visits like this are frustrating beyond comprehension, especially when I have diagnosed 2 cases of leptospirosis in the past month, one of which died from the disease despite aggressive therapy!

Both veterinarians and pediatricians are not in the business of knowingly harming our patients, but instead make our immunization recommendations based on risk and well established protocols that have resulted from years of epidemiological data and research.  The anti-vaccine movement is as misguided as it is irresponsible and based on nonsensical assumptions that carry no scientific proof.  It is as inappropriate and dangerous in veterinary medicine as it is human medicine.