The Common, Silent Killer That Most Dog Owners Are Not Aware Of – Canine Idiopathic Vacuolar Hepatopathy 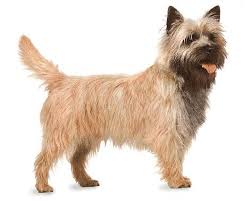 Idiopathic vacuolar hepatopathy is a chronic inflammatory liver disease seen most commonly in small to mid-sized terriers, but can be seen in any size dog or breed.  Vacuoles are small structures in the cell membrane that are normal for certain types of body cells.  They are not normally present in the cell membrane of liver cells.

Certain circumstances can lead to formation of vacuoles in liver cells, such as drug therapy, stress, certain endocrine diseases, and other chronic illnesses in the body.  Idiopathic vacuolar hepatopathy refers to liver cells forming vacuoles in liver cells for no apparent reason.  The presence of these vacuoles, which most commonly consist of glycogen or fatty structures called lipids, causes the liver cells to become distended and often lead to liver enlargement and chronic inflammation at the cellular and tissue level.  Over time, this inflammation can lead to cancer or cirrhosis of the liver.

The most troubling aspect of this disease is that it does not cause any outward signs, often for years.  It is discovered most commonly incidentally when we may draw general bloodwork for a dental or surgical procedure.  Most commonly, one of the three liver enzymes that we use to assess liver health in blood chemistry profiles, ALP, is either elevated solely, or more disproportionally so in comparison to the other two (AST, ALT).

Because any injury or insult or concurrent endocrine disease can cause liver enzyme elevations, confirming a diagnosis of idiopathic vacuolar hepatopathy requires imaging of the liver and fine needle biopsy.  My preference is abdominal ultrasound where a “swiss cheese” appearance to the liver is common characteristic of the disease; and an ultrasound guided non-surgical biopsy can be taken using a needle biopsy device called a Tru-Cut.  This can be done with only mild sedation.

Idiopathic vacuolar hepatopathy is very treatable in dogs.  When caught early, signs of disease are usually well managed, and are often 100% reversible with a good to excellent prognosis.  Unfortunately for cases that that go undetected for too long, the end result is commonly liver cancer or cirrhosis of the liver at a young age.

The best way to combat this disease is early detection and inexpensive, non-invasive therapeutic intervention.  Therapy begins with a low fat diet with administration of pharmaceutical grade liver protective and regenerative supplements, SAM-E and milk thistle.  In more advanced cases, it is sometimes necessary to add a medication that contracts the gall bladder called ursodiol.  More aggressive contraction of the gall bladder in this manner makes the liver/gall bladder system more dynamic and relieves congestion that often results from the disease.

2 thoughts on “The Common, Silent Killer That Most Dog Owners Are Not Aware Of – Canine Idiopathic Vacuolar Hepatopathy”