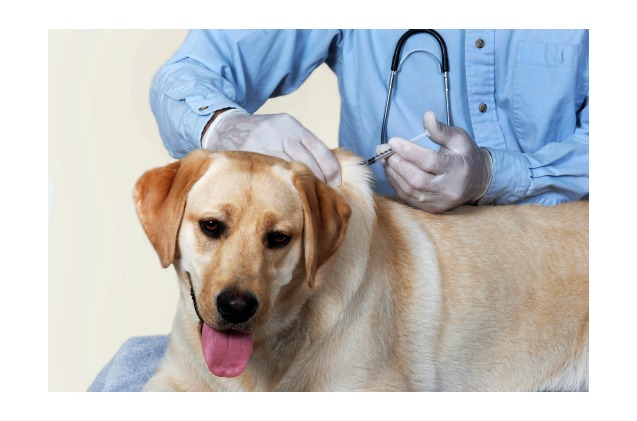 There are a growing number of pet owners that will only have their veterinarian complete the initial puppy or kitten infectious disease vaccine protocols, then request to run vaccine antibody titers for the rest of the patient’s life to determine if re-vaccination is necessary for a given disease.  Antibody titers are measures of a concentration of antibody in the blood stream for which there are determined levels that are considered “protective” for a given infectious disease.  I put “protective” in quotes, because antibody titers are just one part of the immune system – and important one to be sure – that taken are alone unreliable predictors of a canine or feline patient’s level of protection against disease.

An antibody is Y shaped protein that is produced by an immune cell called a plasma cell in response to invasion by a a microbe (virus or bacteria).  The antibody recognizes a unique protein within a given microbe called an antigen and when presented with the microbe, binds to it in an effort to neutralize it.  The binding of antibodies can render key components of a microbe necessary for invasion or even survival ineffective or in some cases signal other cells of the immune system called macrophages to consume and remove the microbe.  This aspect of the immune system is call the humoral immune system.

The other major component of the immune system is called the cell mediated immune system.  Cell mediated immunity is directed by cells of the immune system, primarily helper T cells that activate in response to an antigen presented by an invading microbe.  Helper T cells communicate with other immune cells using immune messenger molecules called cytokines.  These immune cells that include macrophages, dendritic cells, and natural killer cells, directly attack invading microbes by various means depending on their specific function.

Getting into specific details of each aspect of the mammalian immune system is beyond the scope of this article.  In veterinary school, immunology is covered in a 4 month long semester 5 days a week for good reason, as it is extremely complex and has many moving parts.  This article is meant to offer a basic understanding of the immune system’s components to explaind why antibody measurement is not a reliable predictor of vaccine protection against disease because it does not take into account cell mediated immunity.

Thus, a pet may have an adequate level of antibody, but the cell mediated response may be grossly inadequate leaving it susceptible to disease.  Helper T cells within the cell mediate immune system operate via intrinsic “memory” of microbe antigens and that memory will vary depending on the type of microbe, as well as the individual genetics of the patient.  These variations explain why some dogs and cats have very strong immune systems while others have weak immune systems and generally spend their lives more predisposed to infections.  We see this same phenomena in people.

The true test of overall immunity is with a direct challenge of a disease to a vaccinated patient.  The American Animal Hospital Association (AAHA) in partnership with the American Veterinary Medical Association (AVMA) enacted a great deal of research that included antibody titers and how they correlated to protection from disease.  Their research discovered that while protective antibodies often last for 5 plus years, disease protection protection for many diseases begins to wane at 1-3 years depending on the disease.  Duration of protection varies.  For example, rabies vaccine has been determined to effectively protect for 3 years, while leptospirosis vaccine has been determined to impart protection for one year.  Current vaccine protocols are based AAHA and AVMA research that in the early 2000’s led to an actual reduction in vaccine frequency for several core vaccines.

Thus, titers alone are not an accurate predictor of vaccine induced protection from infectious disease.  Still, they are no entirely useless, as they offer some measure of quantitative immune response and can be used as a loose guide for patients that have health conditions where vaccines pose a significant risk, such as allergy to vaccines or autoimmune disease.  Unless these mitigating circumstances are present, a pet is best protected by following quantitatively proven vaccines guidelines established by the veterinary profession’s governing and regulating bodies based on millions of dollars of past and ongoing research.