An Advisory Tale of Two Chihuahuas 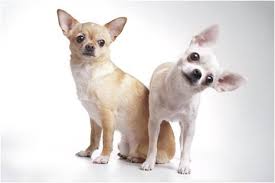 I had two strikingly similar cases with two unrelated Chihuahuas in the same day with two very different outcomes.  I hope my readers take this to heart and learn from them and not be part of the 97% of pet owners that will disregard them.

Chihuahua 1 is a 2 year old spayed female that presented with an abnormal rear limb gait.  I noted that the dog had what we call a hypermetric gait which refers to a generally stiff walk in the rear limbs.  She also periodically held up one rear leg or the other when standing.  On physical examination, I quickly found the diagnosis, an angular limb deformity of both rear limbs that creates a bowlegged conformation that leads to the patella (kneecap) dislocating medially (toward the inside of the leg), a common congenital abnormality in toy breed dogs.

In this dog’s case, the deformity led to a severe grade 4 luxation, which means that the patella is dislocated all of the time in both limbs.  The good news is that this condition is easily correctable with a surgery that is commonly done  and of which I have performed hundreds of times.

My plan when disease is present in both limbs is to repair each limb in separate surgeries 3 months apart.  I relayed this to the owners and without hesitation, they scheduled the first surgery.

Chihuahua 2 is a neutered 2 year old male that presented with the same exact history, exact same physical exam findings, and hence received the same treatment recommendation.  The contrast between this first Chihuahua and this one is that rather the schedule the necessary surgery, the owners of this one asked for pain medication and took their surgical plan home to think about it.

The owners of Chihuahua 2 have no pet insurance of any kind, so paying for both surgeries is a major financial stress to them.  They want to have the surgeries done, intend to have surgeries done, but need to financially plan and hope to get back to us some time later this year to schedule the first one.  Chihuahua 1 will begin his road to corrective surgery and getting on with what will likely be a long life free of pain in his rear legs, while Chihuahua 2 will have to be maintained on pain medication and there is a big question as to when his road to optimal quality of life will begin.

It will never cease to amaze me how Americans will not blink an eye at spending $1000 or more on a pure breed dog but continue to refuse the best way to pay for their health care needs in times of injury or illness.  Despite the constant recommendations from veterinarians to purchase pet insurance right out of the gate when the pet is young with no preexisting conditions, only 3% of American pet owners have their pets covered.  50% of European and Canadian pet owners, on the other hand, carry pet insurance.

Even in the case of pets with preexisting conditions, pet insurance is still worth obtaining.  For example, while a pet may have a history of skin allergies may not get allergy related visits covered, if the pet fractured its leg and required surgical repair, that would be covered.  The bottom line is, a lot more can and will go wrong with a pet’s health than the few conditions a pet may have that are preexisting.

The moral of this article is if you have a pet that you love and would like to be able to afford its health care in the event of illness or injury, GET PET INSURANCE!