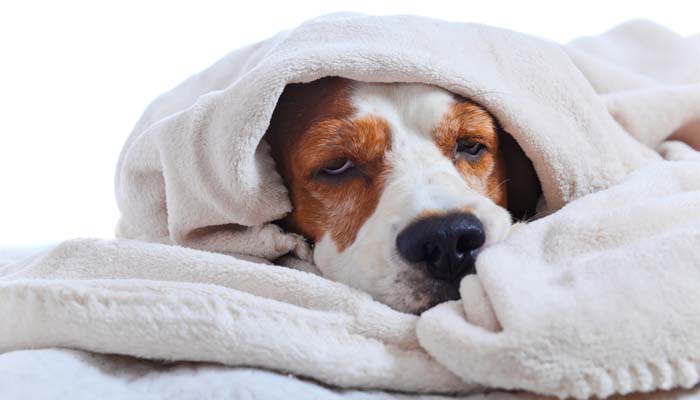 As a US Department of Agriculture accredited veterinarian, I received official notification that University of Florida College of Veterinary Medicine as of May 26, 2017, had confirmed 7 cases of a new strain of Canine Influenza, H2N2.  Canine Influenza is a serious disease that takes 2-3 weeks to recover from.  Though it is commonly not life threatening, infected dogs can develop viral pneumonia which often requires hospitalization in an expensive infectious disease equipped isolation treatment facility.  Like Influenza in people, it is most dangerous to the very young and the very old.

The disease at first presents very similarly to kennel cough, with a hacking cough, enlarged lymph nodes in the neck, and nasal discharge, but progressively starts to make the dog far sicker than a bout of kennel cough typically would.  Due to high disease morbidity (it is airborne and capable of transmission from an infected patient from 20 feet away or further and dogs who are exposed have an 80% chance of contracting disease), it is likely that these handful of confirmed cases are merely the tip of the iceberg.  I would most certainly recommend immunizing your dog against this new strain if you live in Florida or near any major airport hub. Most clinics such as my own currently only stock the vaccine for strain responsible for the last Midwest Canine Influenza outbreak H2N8 which is ineffective for the new H2N2 strain.

One veterinary pharmaceutical is currently mass producing a bilvalent Canine Influenza vaccine that will include both the previous Midwest strain and the new H2H2.  As of this past Monday 5/29/2017, due to high demand, the vaccine went on a national back order.  However, the manufacturer has assured us that the back order will not likely be very long.  Thus, my hospital is currently recommending anyone interested in protecting their dogs with the updated vaccine to call and get on our waiting list to be called as soon as we have the vaccine available for administration.  I would advise calling your veterinarian to get on their list ASAP!