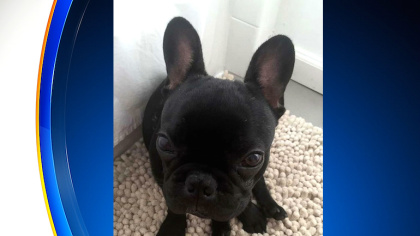 After the infamous episode featuring a smart phone video of a customer with a confirmed seat reservation was forcibly dragged off a flight bleeding from his nose, one would think that United Airlines would be conducting themselves at the highest possible standard.  Instead, United has proven yet again that they truly have the worst customer service of any major commercial airline, only this time it caused the agonizing death of an innocent puppy.

The puppy was being transported in a TSA approved pet carrier by the puppy’s owner which a flight attendant insisted the passenger put the carrier with the dog in the over head compartment.  Passengers later reported hearing the puppy barking in distress during the flight from Houston to New York LaGuardia Airport.  Upon arrival, the puppy’s owner was mortified to find that her 10 month old puppy was dead.  According reporting by Market Watch, another passenger wrote on Facebook, “I held her baby as the mother attempted to resuscitate their 10 month old puppy.”

The most abhorrent part of all of this is the manner in which the puppy must have died.  By all reports, the flight was not particularly turbulent, so one can only conclude that the puppy died from suffocation as the result of inadequate oxygen.  Likely terrified in the pitch black compartment with strange noises, movement and changes in ear pressure due to altitude changes, his panicked breathing likely used up what little oxygen was available and he asphyxiated.

This is not one isolated tragic incident for United Airlines.  In addition to their notoriously bad customer service and the death of this puppy in which their flight attendant was complicit, according to the Department of Transportation, they led all airlines by far with 18 animal deaths in 2017.  In the same week as the puppy death, CNN reported that a 10 year old German Shepherd that was supposed to be flown by United to Kansas ended up in Japan (thankfully, he eventually ended up in Kansas and returned to his owner).  After a third incident this same week in which a dog was loaded on the wrong plane and the flight had to be diverted to get him en route to the correct destination, United has suspended all animal transportation until further notice.

Unfortunately in the vast majority of state legal systems, animals are just considered property and any legal restitution is thus usually limited to the monetary worth of the animals.  Since they usually are not legally viewed as cherished family members most dog owners do, punitive damages are almost never awarded.  It is a sad reality that it is usually not even worth the cost of an attorney retainer to sue on behalf of a pet, since the retainer is likely to cost more than any possible settlement.

No amount of money can replace a beloved family member, but at least a significant settlement could force accountability in how animals are treated and regarded; for it seems that United Airlines is not poised to hold itself accountable any time soon.  As far as I am concerned, I would sooner walk barefoot to my destination rather than set foot on a United Airlines airplane again.