Why Is Corn So Bad As An Ingredient In Pet Food? 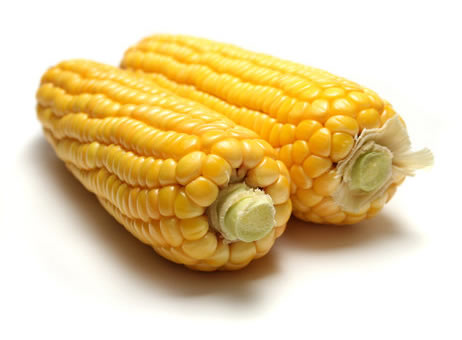 Grains in general have gotten bad wrap in the past several years among some pet enthusiasts, groomers, and breeders.  In particular, corn as an ingredient in pet food had gotten a particularly poor reputation, a narrative that is pushed most vociferously via the internet.

Case in point, at the site dogbreedinfo.com, this is what they have to say about corn:

A dog’s body cannot process corn properly. It is difficult for them to digest it. Corn is a cheap filler, a starchy energy which serves little to no nutritional value. A lot of it comes out in their waste.

They go on to state:

Corn has been linked to many dog ailments such as allergies, joint swelling, bloat and there have been some cases of aflatoxin contamination associated with corn in dog food. The corn that is used in dog food is sometimes contaminated with mycotoxins (toxins from mold or fungi). Corn metabolizes in dogs similar to the way sugar metabolizes in humans. It’s like feeding a child foods high in corn syrup. The dog is not going to be as healthy and may experience energy rushes, crashes, hyperactivity and a hard time concentrating. Studies have also shown that high doses of corn can inhibit serotonin in the brain. Serotonin is an important chemical that reduces stress and anxiety.

With no “About Us” page nor even information on who is writing their articles, no one knows if there is any truth to these “facts” about corn or anything else they write about for that matter.  Also, I noticed that whenever the author states “studies have shown…,” on a number of topics, he or she never actually cites even one single study.

What I can confidently tell you is that everything quoted here is categorically false.  Corn is not linked to any of the disease listed and aflatoxin contamination is exceedingly rare…there may be a recall once every few years at most and in 15 years of practice, I have never seen a case of toxicity I can trace to contaminated dog food.  Ironically, many more dogs and cats get sick from raw meat bacterial toxicity than from mold contamination in dogs food, a mode of feeding that many of the anti-corn crowd fully subscribe to.

Regarding its nutritional benefit, it is true that corn in its native state is not well digested by dogs and cats because their digestive systems do not penetrate the outer shell of the corn well…which is why corn is deshelled prior its inclusion in pet food making it quite digestible.

To state that corn is nothing but a starchy energy source with no nutritional value is also false.  It is actually a significant source of protein (16 g per serving), polyunsaturated fat (3.6 g per serving), and Vitamin B6 (50% of daily value per serving).  It is also a great supplier of invaluable dietary carbohydrates and the ever important electrolyte, potassium.  This all comes straight from the FDA nutrition label from an ear of corn.

Another common narrative is that corn (and other grains) are chiefly responsible for food allergies.  A recent study from the Journal of the American Veterinary Medical Association (JAVMA) on 278 cases of food allergies in dogs determined that beef (95 cases) followed by Dairy (55 cases) were the biggest culprits.  Of the grains, wheat was the highest at 42 cases, and corn was responsible for a mere 7 cases.  This study falls in line with most food allergy studies that have historically determined corn to represent less than 0.1% of food allergy cases in veterinary medicine.

So where did all of the corn bad press come from?  I honestly don’t know, but apparently fake news is not just a problem in our political system.  Here is what corn does provide, however:

That stated, I support those that choose to feed their pets paleo style and refrain from feeding grains.  Realistically, grain allergies are much lower than animal protein based food items like beef, dairy and fish; but there is much to be said for feeding fresh food.  However, it can be difficult to feed a pet freshly prepared ingredients in a nutritionally balanced fashion, whereas a good quality pet food has exactly what they need from a nutrient perspective…and corn is NOT the devil.

4 thoughts on “Why Is Corn So Bad As An Ingredient In Pet Food?”